What Is Mass Tort Liability? 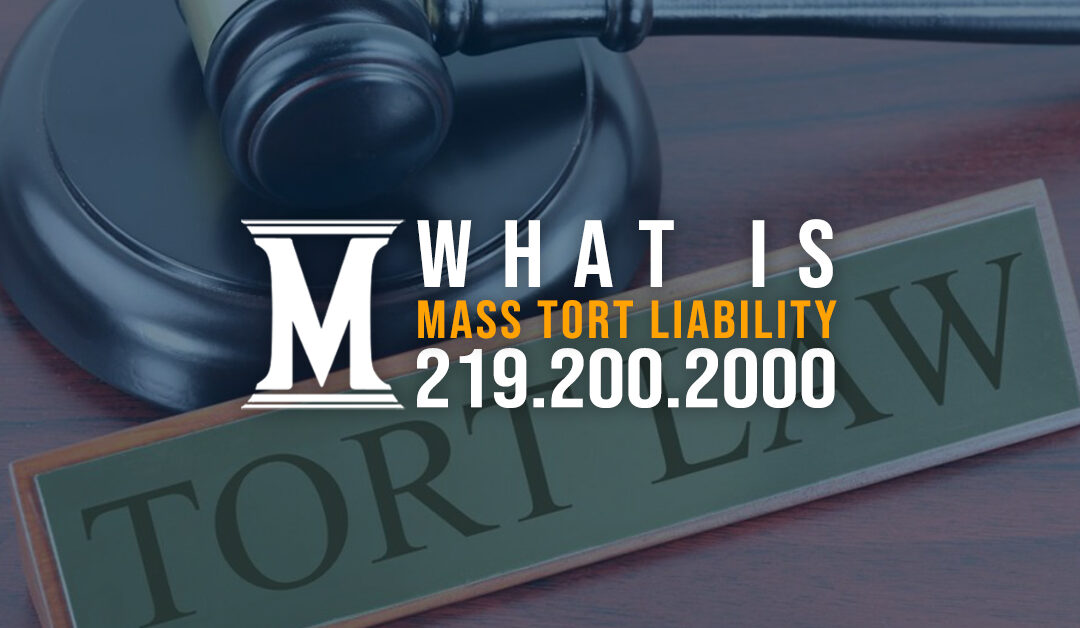 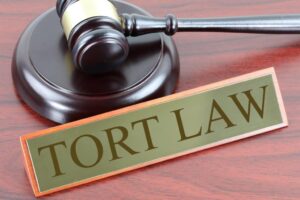 What Is Mass Tort Liability[/captiTort?

What the tort liability in a mass tort? A mass tort is a civil type of lawsuit. These lawsuits involve multiple plaintiffs who sue the same defendant or defendants for damages because of the same event or product. For instance, the Camp Lejeune water contamination case is a mass tort case that is advertised across the country now on radio, television and other media.

A mass tort is like a class action lawsuit, in which a single act committed by one person or entity causes injury to a group of people. In fact, in a mass tort, many plaintiffs sue one defendant for a single action or single defective product. When filing this type of claim, especially regarding pharmaceutical products, it is important to have an experienced Indiana mass tort attorney.

Conversely, in a class action suit, there is one lawsuit on behalf of all the class members. If the case doesn’t settle, one trial will be scheduled for all the plaintiffs.

However, as with mass tort cases, most class action suits settle.

Other factors the court considers are the similarity of the injuries and whether these injuries are associated with a common cause.

What Are Mass Torts?

Typical examples of mass torts include consumer product or pharmaceutical claims. These are cases in which many plaintiffs seek remedy for injuries resulting from use of a dangerous product. Or the mass tort case can relate to a specific medication.

Indeed, one benefit of pursuing a mass tort is that it allows injured parties to pool their resources to mount a more effective legal challenge. Consequently, plaintiffs can afford to hire the best lawyers and expert witnesses.

Moreover, they can also send a stronger message to the defendants.

Lastly, the media reports on mass tort cases. Certainly, this puts pressure on the defendants. It also gives them the incentive to settle.

In recent years, there have been several high-profile cases involving prescription drugs such as Vioxx and Celebrex. In fact, experts have linked these drugs to serious side effects, including heart attack and stroke.

Medical devices such as hip implants and transvaginal mesh have also been the subject of mass tort claims. They can cause serious injuries or even death.

Lastly, asbestos is another common target of mass tort claims. Exposure to asbestos can lead to lung problems. This includes mesothelioma, a rare and deadly form of cancer.

Settling or Going to Trial for Mass Torts

Companies or individuals being sued under mass tort law face unique circumstances. Since the damages involve a high number of individuals, the potential payout may be large and could have costly effects on business practices.

According to the American Bar Association (ABA), the goal of most class actions and/or mass tort attorneys is to settle before it goes to trial. Indeed, they may even want to settle before the discovery period.

Of course, settling out of court helps lower the expenses of litigation. In that way, there will be more settlement funds available for the injured plaintiffs.

What Mass Tort Claims Are Being Filed in 2022?

In 2022, some of the mass tort claims currently being filed in federal court include actions regarding the 3M earplug, firefighting foam, Paraquat herbicide and proton pump inhibitors (PPI). These are referred to as multidistrict litigation cases (MDL).

In a mass tort case, the defendant’s actions have caused similar injuries to numerous plaintiffs.

On the other hand, a class action suit is a procedural device that allows multiple plaintiffs with similar claims to join forces. A class plaintiff files a single lawsuit on behalf of the class of plaintiffs.

While mass torts and class actions share some similarities, there are several key distinctions between the two.

Conversely, class actions can encompass a wide variety of claims. Those claims include breach of contract, consumer fraud and employment discrimination.

Lastly, in a mass tort action, each plaintiff keeps control over his or her individual case. That individual plaintiff can decide whether to settle their case or take it to trial.

How To Join in a Mass Tort Lawsuit

If the injured party and the mass tort lawyer decide to proceed with the lawsuit, the attorney will file a complaint on behalf of the injured person.

Types of Damages in a Mass Tort Liability Case

The damages you can recover in a mass tort claim will depend on the individual facts and circumstances of your case. However, in general, the injured person can collect damages for the claims made in many personal injury cases, such as:

In a mass tort lawsuit, the results of one or a few lead cases are used to determine the settlements or verdicts in similar cases. Those lead cases are called “bellwether” cases.

Typically, a judge selects the bellwether cases based on the similarity of the parties’ claims, the strength of their evidence, and other factors.

They usually try the lead cases first. Then, they use their results as a guide for settling the remaining claims.

Bellwether cases are not binding on other plaintiffs. However, they can provide valuable insight into how juries are likely to view similar claims.

If the jury rules in favor of the plaintiffs, it is likely that the parties will settle the other cases.

Conversely, if the jury doesn’t award damages to the bellwether case plaintiff, it is likely the court will dismiss the other cases.

How Are Settlements Paid in a Mass Tort Case?

This allows each plaintiff to tailor their own settlement to their unique needs and circumstances.

Consequently, mass tort settlements are not always equal. However, they provide a level of fairness and flexibility that is not possible with jury verdicts.

As a result, mass tort settlements are often the best option for both plaintiffs and defendants.

As with most personal injury cases, the plaintiffs pay the most mass tort attorneys through a contingency fee. First, this means the attorney only gets paid if they win the case.

Second, the amount of the contingency fee can vary, but it is typically a percentage of the total settlement or verdict.

If a Defective Product or Medication Injures You, You May Have a Mass Tort Liability Claim

If a drug or massed-produced product has injured you, a close friend or a loved one, you need an experienced law firm that handles mass tort liability cases. We will investigate the reason someone injured you and who was responsible.

Additionally, we will gather all necessary evidence to support your claim and hold the at-fault party liable.

Of course, we’ll work with the attorneys representing injured victims to present a united offense.

We will negotiate a settlement for you from the insurance companies for the at-fault parties.

If the insurance companies are not being reasonable, we’ll prepare your case for trial.

In short, we will fight to get you the compensation you deserve. Contact us at our Hammond office at 219-200-2000 or online at alexmendozalaw.com for a free consultation.