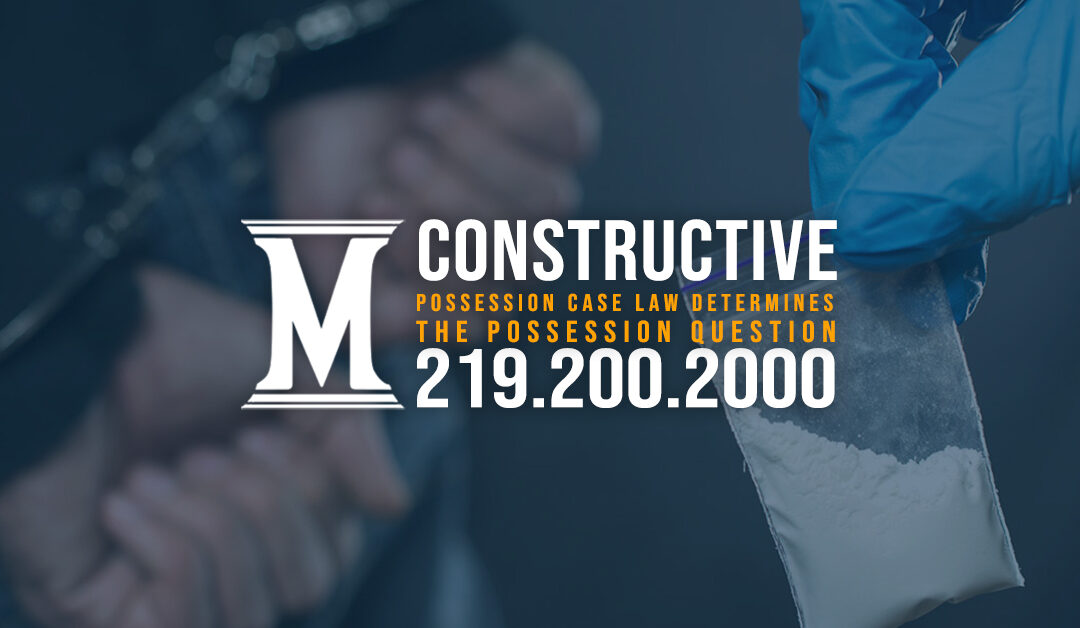 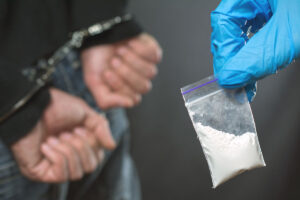 These penalties include jail time, heavy fines and a permanent criminal record.

You have actual possession of a controlled substance when you hold it or have immediate access to it. Typically, this means you are holding the drugs in your hand. Additionally, the drugs can be somewhere on your body, such as in a coat or pants pocket.

Lastly, actual possession can mean the police find drugs are in something you are carrying, like a purse or suitcase.

Constructive possession refers to a situation when an individual does not have actual possession of illegal drugs. Instead, the person knows where the drugs are and can get them.

For instance, the drugs might be in the glove compartment or trunk of your car.

As another example, the drugs may be in your house or your desk at your business.

Whether law enforcement charges an individual with actual or constructive possession depends on the facts of the case.

However, to convict a defendant of constructive drug possession, the prosecution must prove that you knew the drugs were present and knew they were illegal. In addition, they have to prove you had “control” over them.

Notably, mere proximity to the drugs is usually not enough to convict someone in a constructive possession case.

Of course, possession generally implies that you have ownership of something. Notwithstanding that, they can still charge you with possession of an illegal substance, even if you do not have the drug on your person.

For instance, if the police found drugs in your home on the person of your spouse, they might allege you also constructively possessed the drugs.

As another example, the police could observe you purchase something from a known drug dealer. They then saw you go into your home. Twenty minutes later, they enter your home and find you by yourself, with drugs in a kitchen cabinet.

Again, the police would charge you with possession of those drugs.

The Knowledge of the Defendant is Key

The knowledge of the defendant plays an important role in proving constructive possession. Consequently, it is important to understand what makes up knowledge.

Knowledge of a controlled substance requires that the defendant knew of the drug’s whereabouts. It also could mean they should have reasonably known of the presence of the drug.

In fact, criminal law experts often characterize the constructive possession of drugs as having dominion and control over the drugs.

Typically, for the police to allege the defendant had control over the drugs, they must find the drugs in the defendant’s home or business.

Likewise, the prosecutor would argue the defendant had control over the drug if he had someone purchase the drug for him and/or hold it for him.

However, note that the mere agreement to purchase drugs does not — by itself — give the defendant control over the drugs. For instance, if the defendant made a deal with someone to buy heroin tomorrow, he/she would not have constructive possession of it today.

Lastly, remember more than one person can be knowledgeable of a drug’s whereabouts. Therefore, the police can charge multiple people with constructive possession at one time.

There are several legal defenses to constructive possession of drugs charges:

The defendant did not knowingly possess the drug

Lack of evidence of possession

A lack of evidence of possession is one of the most common defenses for drug crimes. For example, the police may arrest every passenger in a vehicle because they found drugs on one individual.

A criminal defense lawyer would argue simply being near drugs is not, standing alone, proof of constructive possession.

Legally allowed to possess the drug

Some drugs, like marijuana, are legal with a prescription. Depending on the state, possession of small amounts is also legal. If the defendant followed all guidelines, the police should not file constructive possession charges.

Also, there may be other defenses available. Work with an experienced Indiana drug defense lawyer today to evaluate your legal defense options.

If the Police charge You with a Drug Crime, You Need an Experienced Indiana Drug Crime Attorney

Law enforcement accuses many innocent people of crimes they did not commit. Our firm understands that your liberty is precious to you and your loved ones. Therefore, Alex Mendoza Law is committed to building the strongest case possible for our clients. 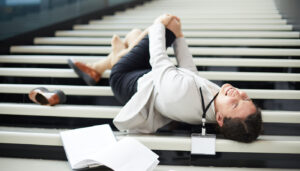 Slip and fall accidents injure many thousands of people each year.

Of course, sometimes the property owner is responsible for the accident, and sometimes he or

For example, if there was repair work being done on a section of a floor, and there were signs warning people about it, people should avoid that section of the floor.

In short, we all have an obligation to watch where we’re going.

Nevertheless, property owners have a legal duty to exercise reasonable care to make their property safe for others. This includes visitors, guests, and other people lawfully on the property.

There are several dangerous conditions that can exist on property that could cause a serious slip and fall injury to visitors or customers. Typically, slip and fall accident cases involve ice and snow in the winter and heavy rainfall year round.

For example, sidewalk defects, parking lot potholes or cracked sidewalks or pavement can be hazardous for pedestrians. In addition, wet floors from spilled beverages in restaurants, bars and supermarkets represent an accident in waiting.

As another example, debris from construction in a house, apartment building or an office building could lead to slip and fall injuries to a customer or other visitor.

How is Liability Determined in Slip and Fall Injury Cases?

To be legally responsible in a personal injury case for the injuries to a slip and fall accident victim, one of several circumstances must occur.

First, the property owner or an employee or agent, like a maintenance company hired by the owner, must have caused the dangerous condition that caused the slips or trips.

Alternatively, the owner or an employee must have known of the dangerous condition but done nothing to fix it or warn about it.

Lastly, the owner or an employee should have known about the dangerous surface because a “reasonable” person in the owner’s or employee’s shoes would have discovered and removed or repaired the dangerous condition.

In determining a property owner’s “reasonableness,” personal injury law concentrates on whether the owner makes regular and thorough efforts to keep the property safe and clean.

For instance, if a person injured in a slip and fall tripped over a torn carpet or slipped on a wet area, had the dangerous spot been there long enough that the owner should have known about it?

As another example, does the property owner have proof that he regularly inspects and maintains his property?

If the fall down injury occurs because the victim tripped over an object someone had placed on the ground, was there a legitimate reason for it to be there?

Lastly, did poor or broken lighting contribute to the accident?

If the answers to one or more of these questions come out in your favor, you may have a good slip and fall case.

What Should You Do If You Are Hurt in a Slip and Fall Accident?

You should report your accident to the property owner as soon as you can.

Additionally, take pictures of the dangerous condition that caused your fall. For instance, if you fell in an icy parking lot or walkway, the ice could melt in a day or two.

If there were any witnesses to the accident, get their contact information.

Lastly, if a slip and fall injured you, either go to an emergency room or see a doctor as soon as you can. Be sure to describe all your injuries to the doctor. Remember, some injuries may not cause symptoms for several days.

Then we will negotiate a settlement with the insurance companies that fully compensates you.

And, by the way, we negotiate with insurance companies almost every day.

However, if the insurance company is not willing to settle your slip and fall case at a reasonable amount, we will prepare the case for trial.

Of course, the case can still settle. But, as every experienced lawyer knows, sometimes the at-fault party’s insurance companies don’t make the best settlement offers unless their backs are against the wall.

Lastly, we will fight to get you the compensation you deserve for your medical bills and pain and suffering. Contact our law firm at our Hammond office at 219-200-2000 or online at alexmendozalaw.com for a free consultation.