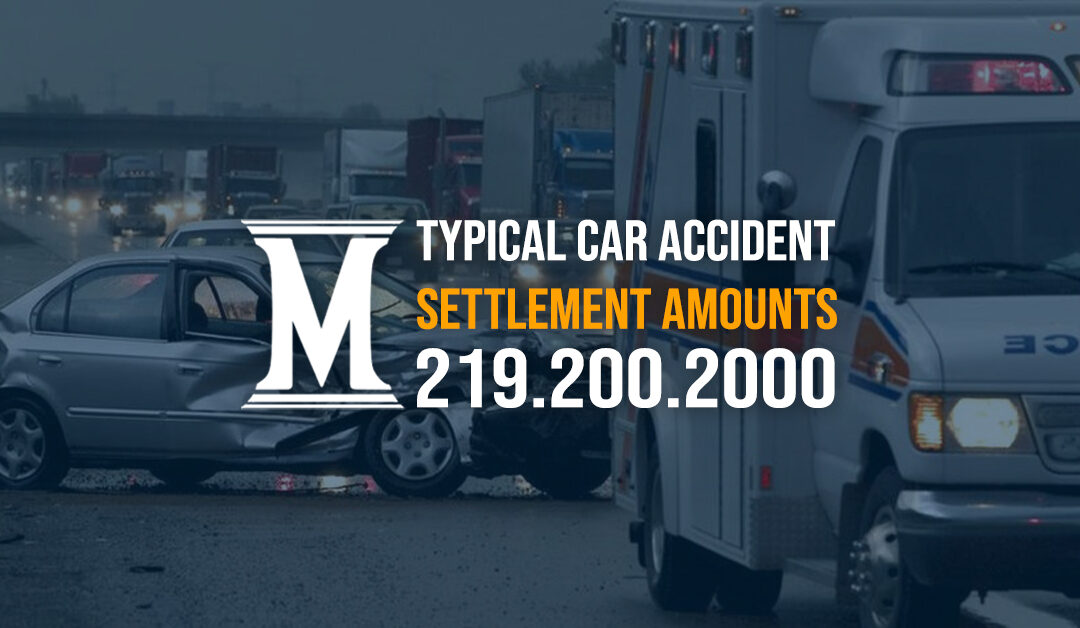 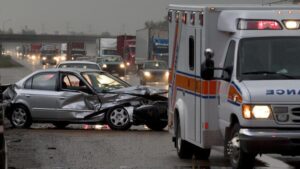 What Determines the Amount of Typical Car Accident Settlements?

There are several factors that determine how much a car accident case will settle at.

How Much Insurance Coverage Is Available?

Most states require drivers to have liability insurance coverage for their vehicles. However, there are various policy limits on the dollar amount of coverage.

Unfortunately, that means you may not even be able to recover $25,000 if the car accident injures three or more persons..

Therefore, let’s say a negligent driver seriously injures you and your damages are greater than the other driver’s policy coverage. In that case, the insurance company only pays up to the policy limits. You would have to collect your additional damages from the other driver.

The limit of each individual’s insurance policy depends on how much insurance that individual can afford. For example, businesses or large corporations likely have more coverage and higher limits on their insurance policies than average individuals do.

Certainly, it is possible for you to pursue a claim against the at-fault driver directly for losses not covered by insurance. But many people don’t have enough assets to pay additional damages even if the court were to award them.

Whose Fault Was the Accident?

Certainly, when liability is clear in a car accident case, there will be a larger settlement. The insurer representing the at-fault driver will probably provide a reasonable settlement offer to avoid a lawsuit.

In some states, called contributory negligence states, if a driver is even 1% at fault for a collision, he cannot collect any compensation from the other driver who was mostly to blame.

Alternatively, in pure comparative negligence states, a driver may pursue a personal injury case against another negligent driver for injuries, even if the other driver was mostly at fault. For example, a driver 75% responsible for a crash could still pursue a car accident claim against the other motorist. That injured driver could receive compensation for 25% of their losses.

However, in modified comparative negligence states, a driver who is also at fault for car crashes can pursue a claim for damages if he is not over 50% responsible for the crash. Again, the reduced settlement amount would reflect the driver’s share of the fault.

How Severe Were the Injuries?

Of course, the seriousness of the injuries the car accident caused are a major factor in the typical car accident settlements.

If a car accident injury is a sprained ankle or shoulder, and there is minor property damage, the insurance company may only offer a low number (under $5,000).

Conversely, if someone gets a serious head or neck injury, with substantial medical bills, a personal injury lawyer would seek a high settlement (over $100,000).

Finally, the extent of the injured person’s financial loss affects a typical car accident case. Certainly, this includes losses related to injuries, such as a claim for lost wages and medical expenses.

If a motorist sustained substantial losses because of missed work, medical bills, and extensive property damage, a car accident lawyer will push for a higher settlement.

What Are Typical Car Accident Settlements for Personal Injury Claims?

As noted above, there are various factors that determine the settlement amounts of personal injury claims. Consequently, it is difficult to use “average” car settlement figures to guide injured persons.

For instance, the Insurance Information Institute (III) reports the average settlement for bodily injury after a collision was $20,235 in 2020. Additionally, the III says the average property damage claim settlement was $4,711 that year.

However, a Martindale-Nolo survey of readers who made car accident claims between 2015 and 2020 reported an average settlement of $23,900.

An experienced personal injury attorney can sit down with you. You can describe how the accident occurred (and if you were at fault in whole or part).

He can go over your medical records and review your injuries with you.

Lastly, he can total your medical expenses, lost wages and any other aspect of your personal injury claims.

Your car accident attorney can then give you a range he thinks your claim is worth.

If a car accident caused by a negligent driver injures you, a close friend or a loved one, you need an experienced car accident attorney for your personal injury case. We will investigate the accident and fight to get you the compensation you deserve. Contact us at our Hammond office at 219-200-2000 or online at alexmendozalaw.com for a free consultation.