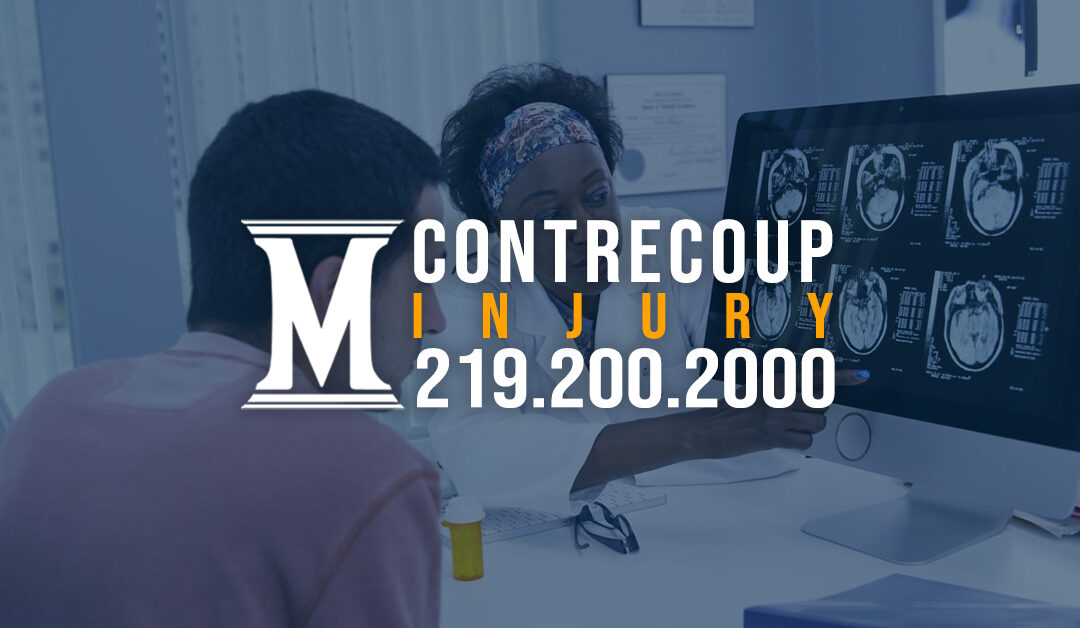 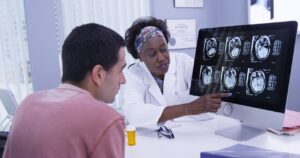 An Overview of a Contrecoup Injury

Indeed, motorcycle, truck and car accidents can cause coup-contrecoup injuries. Certainly, the impact of a collision can seriously jostle passengers and drivers.

Because they affect multiple areas of the brain, coup-contrecoup injuries can cause various secondary complications. As a result, they are one of the most serious types of traumatic brain injury (TBI).

Coup and contrecoup are French for “blow” and “counterblow.” Therefore, a coup-contrecoup injury refers to two separate brain injuries sustained during the same incident.

A coup injury refers to the brain injury that occurs at the point of impact. Conversely, a contrecoup injury occurs on the opposite side of the brain from where the head is struck.

These injuries can occur separately as only a coup injury or only a contrecoup injury. However, if the blow is strong enough, they usually appear together.

The brain is encased within the skull and floats in cerebrospinal fluid. Generally, this provides enough protection from the bumps and jolts we experience in daily life.

However, when the force of a blow to the head is severe enough, the brain can slam against the skull, causing serious head trauma.

How Do Coup-Contrecoup Injuries Happen?

Most coup-contrecoup injuries occur when the person’s head slams against a stationary object. For example, if a car or truck hits you from behind, the impact may bang your skull against the steering wheel or interior of the car.

As another example, if an accident throws a motorcyclist off his motorcycle, his head could strike the pavement, another vehicle, etc. In that instance, even with a helmet, the impact of his head hitting an object could cause a coup-contrecoup head injury, even on the side of his skull.

In these instances, the acceleration/deceleration of the brain inside the skull causes the TBI.

There are many types of accidents that can cause coup-contrecoup injuries:

As described above, car accidents frequently mean that drivers and passengers, including those restrained by seat belts, are rocked by a collision.

Of course, collisions between cars and those big rigs rarely work out well for the people in the car.

When motorcycles get in road accidents, the other vehicle can strike the rider’s head. Alternatively, they could be thrown to the ground. Their head can hit the pavement.

Therefore, even wearing a helmet cannot fully protect a cyclist’s head from a violent impact.

What Parts of the Brain Are Affected by Coup-Contrecoup Injuries?

Coup-contrecoup injuries to the brain may affect any two regions of the brain. In fact, those regions do not have to be directly opposite from each other.

As a result, individuals may experience a wide range of secondary effects depending on which regions of the brain are affected.

The brain is divided into 4 lobes:

·Frontal lobe—The frontal takes up the largest area of the cerebral cortex. It is primarily responsible for higher cognitive skills, such as attention, planning, memory, and behavior. A coup-contrecoup injury that damages the frontal lobe may cause functional challenges such as poor judgment, memory loss and concentration problems. It could also result in impulsivity and behavior and personality changes.

·Parietal lobe—The parietal lobe is behind the frontal lobe. It processes sensory information such as touch and proprioception (your sense of where your body is in space). If a coup-contrecoup injury affects the parietal lobe, it may cause problems with sensation and perception. Additional symptoms of a parietal lobe injury are numbness, burning and having difficulties with reading and writing.

·Temporal lobe—The temporal lobe is located next to your temples and above the ears. It lets you hear sound. It also plays a role in processing what you see and smell. A coup-contrecoup injury to the temporal lobe may cause hearing and memory loss, attention problems and changes in emotional behavior.

Coup-contrecoup brain injuries may affect any region of the brain. Therefore, coup-contrecoup injuries can result in additional symptoms, such as severe headaches, seizures, dizziness and nausea

What Are the Damages You Can Claim in a Coup-Contrecoup Lawsuit?

There are multiple damage claims you can make in a case involving a coup-contrecoup traumatic brain injury case:

You may seek compensation to recover all your medical bills (even those for which insurance paid) paid for your medical care.

As part of your traumatic brain injury claim, you may recover the wages you lost because you had to miss work because of the accident.

This type of damage is subjective. Nonetheless, it is widely recognized in personal injury law. As a result, you can tell the jury how often you have headaches and dizziness spells.

Furthermore, you can tell the jury about the lingering injuries you have and how they affect you. For instance, how your continued dizziness and blurred vision affect your everyday life.

If you suffered a coup-contrecoup injury, you may need medical and physical therapy treatment for the foreseeable future. Consequently, you (and your doctor) can tell the jury about your expected future treatment.

Depending on the type of injury, maybe you can’t jog or exercise like you used to.

Certainly, you can make a claim for that.

If another person’s negligent actions caused you or a loved one to suffer a coup-contrecoup injury, you an need experienced brain injury lawyer. First, we will investigate the accident or conduct that led to your injury. Then we will fight to get you the compensation you deserve. Contact us at our Hammond office at 219-200-2000 or online at alexmendozalaw.com for a free consultation.