What Are Intentional Torts and Can You Sue for One? 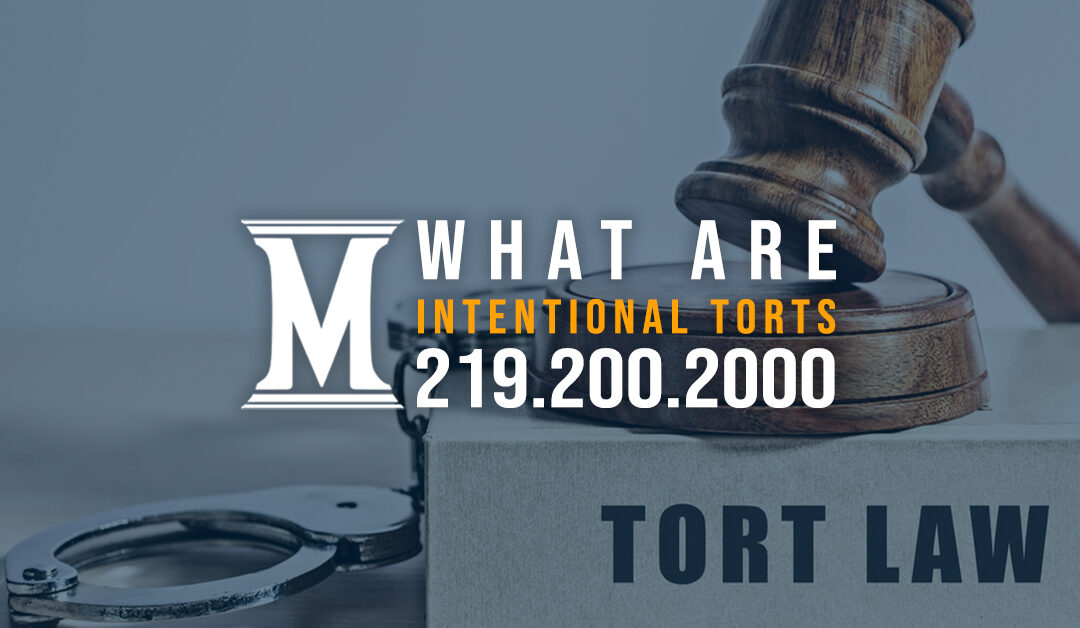 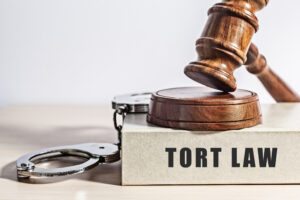 What Are Intentional Torts

What Are Intentional Torts and Can You Sue for One?

Many civil lawsuits arise over “torts.” In fact, law students spend their first year of law school studying torts.
Torts are acts committed by one person or business that cause harm to someone else. That harm can be as a personal
injury, damage to a person’s property and damage to a person’s reputation. Acts of negligence cause most torts. But
what are intentional torts?

Intentional torts are wrongful acts that someone plans out ahead of time. Many of these intentional acts are like
crimes. For instance, the family of a murder victim may sue the murderer (whether they are convicted of the crime)
for the tort of wrongful death.

Likewise, if someone broke into your home and stole a valuable painting, you could sue that person (as well as make a
complaint to the police).

Conversely, people get into car accidents all the time. Negligent drivers cause many of these accidents. They may
speed. Or they may think they can beat a red light.

In any of those scenarios, negligent drivers caused an accident. They committed a tort.

But they did not commit an intentional tort.

Below are some of the more common types of intentional tort claims:

Battery is a common intentional tort. It is the legal term for hitting someone or some other form of unwanted
physical contact (like choking someone from behind or pushing them down a flight of stairs). Battery also is the
term used for a criminal act of unwanted contact with a person. They often charge battery alongside assault.

False imprisonment is a type of tort which occurs when the victim is unlawfully restrained or restricted. Generally,
no one is allowed to restrict another person’s movement against their will.

However, the police can “restrict” someone accused of a crime.

In addition, store owners can restrict someone they reasonably suspect of shoplifting. This is known as the
“shopkeeper’s privilege.”

Fraud is the legal term for lying to someone. To succeed in a suit for fraud, the victim must prove:

Defamation is when the actor knowingly says something false about the victim and that lie causes harm. Libel is a
defamatory statement that is written.

Trespass is an intentional tort. There are two types of trespass in tort law. First, trespass to land means the actor
uses the owner’s land without the owner’s permission.

Second, trespass to chattel occurs when the actor unlawfully uses the personal property of the owner.

Conversion is when the actor takes owner’s property and “converts” it to their own. In the criminal world, conversion
is called theft.

What Is the Difference Between an Intentional Tort and a Similar Criminal Act?

In this manner, a jury rights a civil wrong.

Even civil tort cases alleging wrongful death or battery involve the jury awarding monetary damages to the victim or
the victim’s family.

Conversely, criminal acts are treated very differently. Criminal cases involve proceedings brought by the police and
prosecutors. They file charges against, or get a grand jury to indict, the person who committed the criminal act.

The prosecutor then handles the criminal case until there is a guilty plea or trial.

Therefore, criminal cases are not about damages. Instead, they are about protecting the public and punishing
wrongdoers for their crimes.

In fact, the only role of the victim of a crime in the criminal case is as a witness.

Then There’s the Insurance Issue

When a negligent driver injures you in a car accident, you may sue that driver. But that driver probably has car
insurance. Consequently, the insurance company must pay you the settlement amount or jury award (up to the policy
limits).

However, if that same person punched in the face in a bar, you could sue him. But insurance does not cover
intentional acts, like punching someone in the face.

As a result, that person would have to personally pay you the damage a civil jury might award you.

But what if he only has a couple hundred dollars in the bank, doesn’t own property, etc?

The point is, sure, you can sue someone who commits an intentional tort against you.

But is there any money to satisfy your jury award?

If Someone’s Negligence Injured You, You Need to Hire an Experienced Personal Injury Attorney

If someone’s negligence caused an injury to you, a close friend or a loved one, you need an experienced personal
injury attorney. First, our law firm will investigate the incident in which you were injured. Next, we will
determine who caused the accident. Lastly, we will fight to get you the compensation you deserve.

Therefore, contact us at our Hammond office at 219-200-2000 or online at alexmendozalaw.com for a free initial consultation.