Firstly, if you have injuries due to someone else’s negligence, then we can get you the compensation you deserve. Moreover, If your injuries are permanent and directly result from an Indiana semi-truck accident, don’t wait. Lastly, get our fair fee guarantee and aggressive representation. Remember, we’ll make them pay. 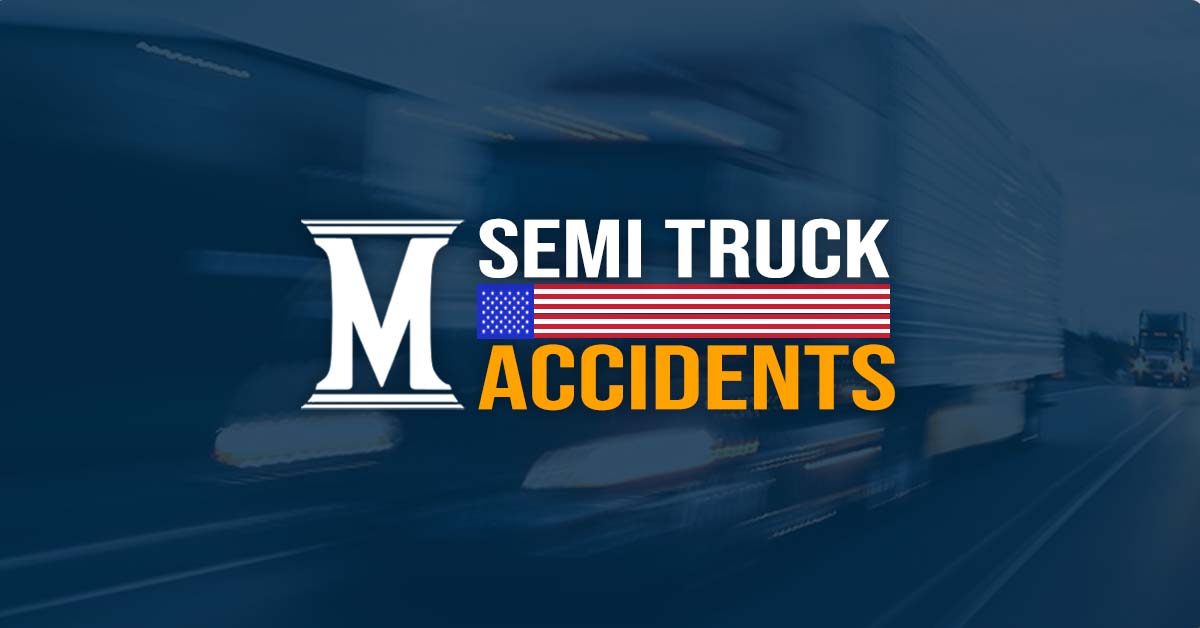 Indiana sits in the middle of the country. Semi-trucks are also called big rigs, tractor-trailers or 18-wheelers. They carry large cargo and routinely pass through Indiana. Unfortunately, given the large number of semi-trucks that drive on Indiana roadways, accidents often occur. Consequently, an Indiana semi-truck accident, because of the truck’s size and weight, can cause serious injuries to other drivers.

If a semi-truck accident left you injured, immediately call an Indiana semi-truck accident attorney. Indiana has a two-year statute of limitations for personal injury claims. Therefore, you have to sue within two years of the accident if you can’t settle with the driver’s insurance company.

What a Semi-Truck Accident Attorney Can Do for You

Investigators will have to locate and interview witnesses to the accident.

If there were multiple vehicles involved in the accident, the actions of each of the other drivers will have to be examined.

Black Boxes May Make Your Case

As you can see from the above, the accident you get in may require a great deal of work to develop solid evidence. Evidence that will convince the semi-truck driver’s insurance company to settle on good terms. Or, if need be, to convince a jury to make a favorable damage award.

This is How a Semi-Truck Accident Happens

The Malibu driver suffered head, neck and shoulder injuries from the impact with the jackknifed semi-truck.

The semi-truck driver told the responding police officers another driver cut him off. That forced him into the Malibu’s lane. Consequently, the semi-truck jackknifed.

Did the driver tell the truth? Were there witnesses who could confirm the driver’s story? Was the semi-truck going too fast, given the road conditions? An experienced Indiana semi-truck accident lawyer can find out the answer to these questions and others

What Types of Semi-Truck Accidents Occur in Indiana?

Fully loaded semi-trucks can weigh up to 80,000 pounds. If they have to stop quickly, it will not happen. Given their weight, they cannot stop like smaller, lighter vehicles. Consequently, semi-trucks are often involved in rear end collisions.

Semi-trucks can also get into jackknife accidents. A jackknife accident occurs when the wheels of the cab, in which the driver sits, lose traction with the road. The cab then skids. Meanwhile, the trailer continues to roll straight ahead. In effect, the weight of the trailer pushes the cab to the side and “jackknifes” as it continues in a forward direction. Cars near the jackknifed semi-truck can be struck by the now out-of-control semi-truck.

Other types of semi-truck accidents

What Causes Semi-Truck Accidents in Indiana?

Semi-truck accidents happen for many reasons, including:

Other Causes of a Semi-Truck Accident Include:

Who Can be Held Liable if an Indiana Semi-Truck Accident Left You Injured?

Injured people may hold multiple parties liable because of an Indiana semi-truck accident:

And Do Not Forget Other Motorists

Motorists may drive negligently. As a result, they can cause a semi-truck to rollover or strike other cars. Consequently, you can hold those drivers liable if their negligence resulted in a semi-truck colliding with you.

What Kind of Injuries do Indiana Semi-Truck Accidents Cause?

Indiana semi-truck accidents result in many types of injuries:

Other common injuries in a semi-truck accident:

What Are Your Damages if You Are Injured in an Indiana Semi-Truck Accident?

Under Indiana law, there are has several types of damage claims you can make if you are injured in a semi-truck accident caused by a negligent driver:

Punitive Damages Are Rare, But…

If a semi-truck accident has left you or a loved one injured, you need an experienced Indiana semi-truck accident attorney. As can be seen, an accident involving a semi-truck is probably more complicated than an accident involving passenger cars. We will investigate the accident. We will then determine who caused the accident. Lastly, we will fight to get you the compensation you deserve. Contact us at our Hammond office at 219-200-2000 or online at alexmendozalaw.com for a free consultation. 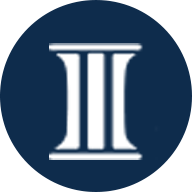 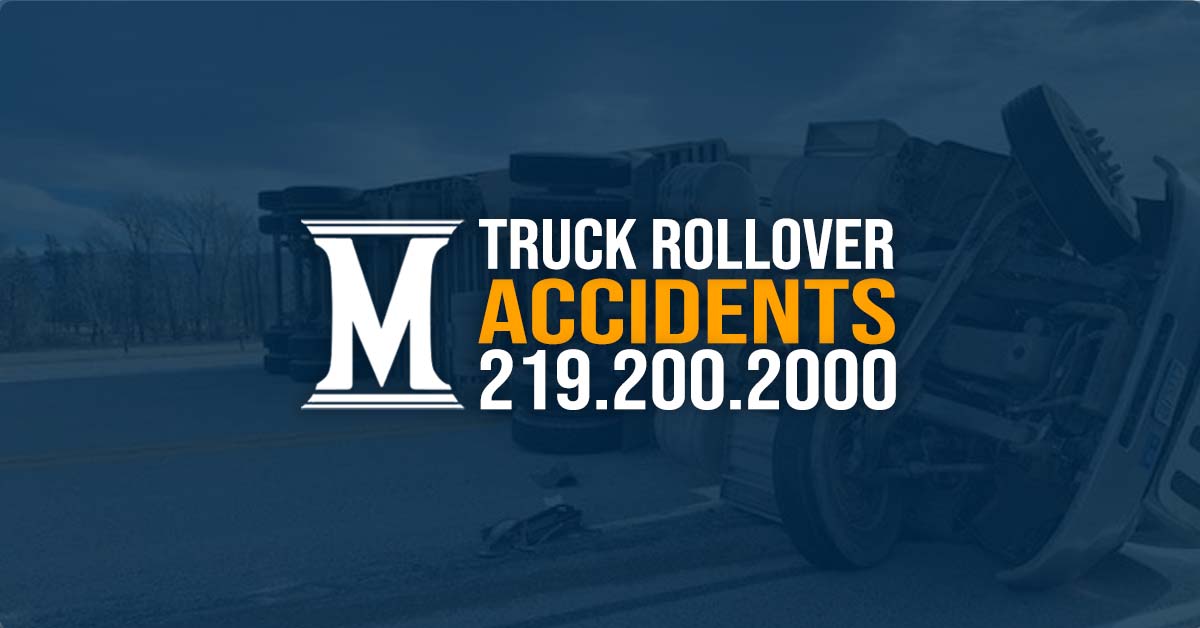 Is your Injury due to a semi-truck accident in Indiana? Was it a truck on truck or truck on car accident? Do you have a serious injury? Make them pay for their negligence. Call today. Don't let a day go by if someone else's negligence results in your permanent injury. Learn more about Indiana semi-truck accident injury and what you can do to better represent your interests as the injured party. 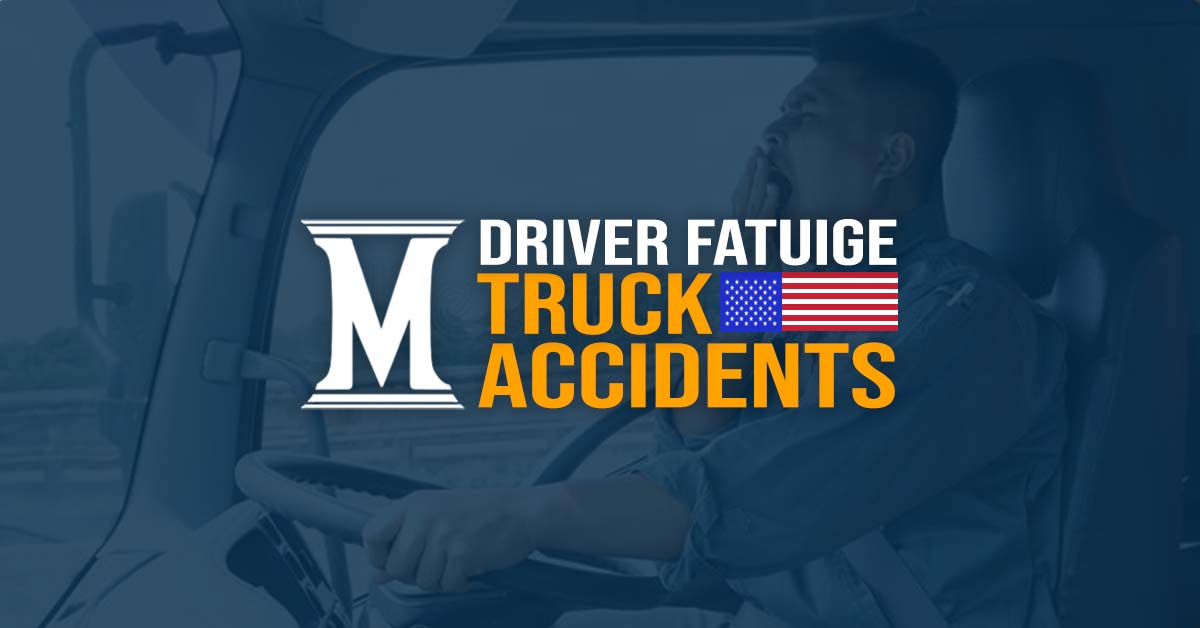 A Ford SUV is traveling on Rt. 74 late at night. At the same time the driver passes a slow-moving big rig on the left, the big rig suddenly drifts into the SUV’s lane, forcing the SUV to move to its left. Unfortunately, the SUV did not have time to signal or even check if it was safe to change lanes. In reality, all he could do was blow his horn. As a result, an oncoming car hit the SUV in the left lane. Consequently, the impact of the collision sent the SUV to the right, where he hit the tail end of the big rig. 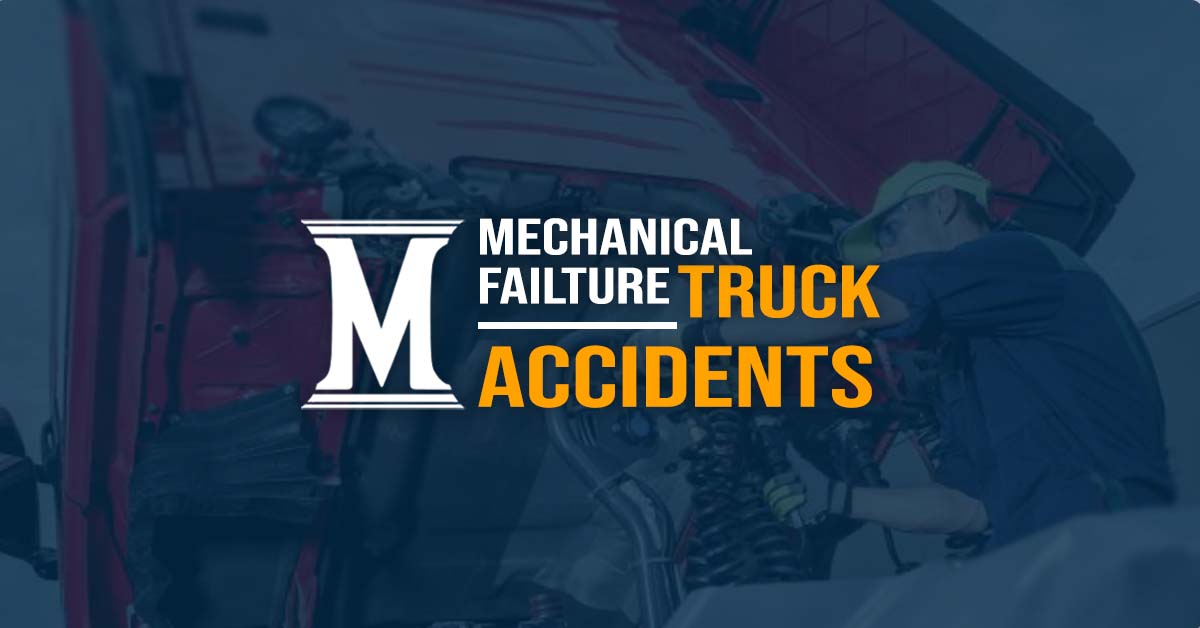 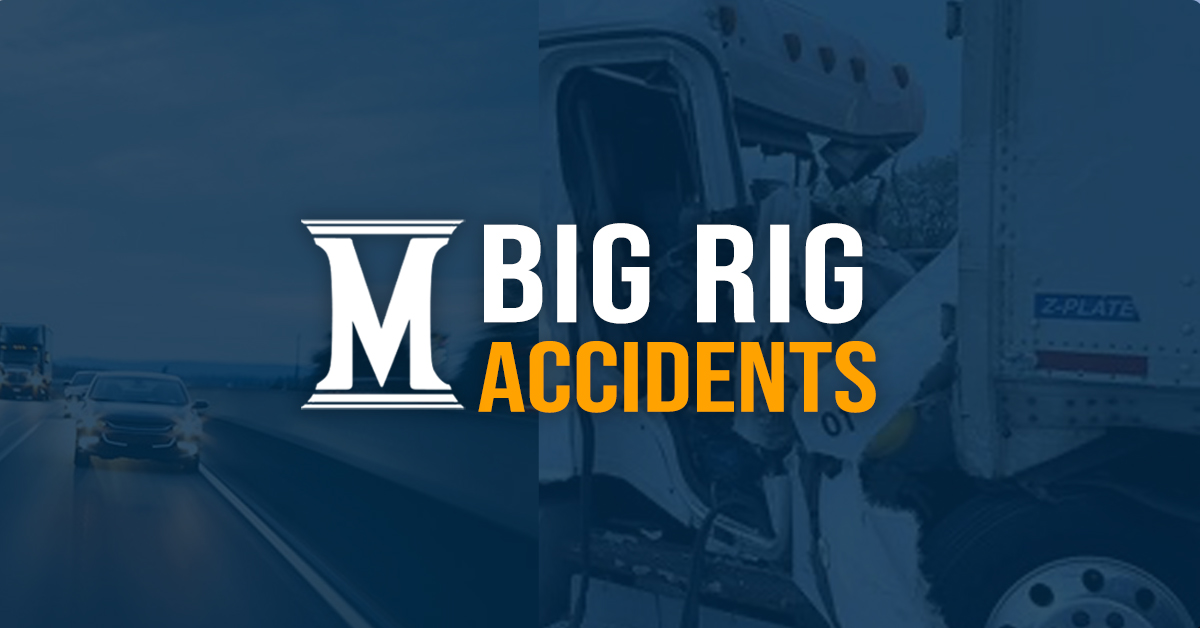 Is your Injury due to a big rig truck accident in Indiana? Was it a truck on truck or truck on car accident? Do you have a serious injury? Make them pay for their negligence. Call today. Don't let a day go by if someone else's negligence results in your permanent injury. Learn more about Indiana big rig truck accident injury and what you can do to better represent your interests as the injured party. 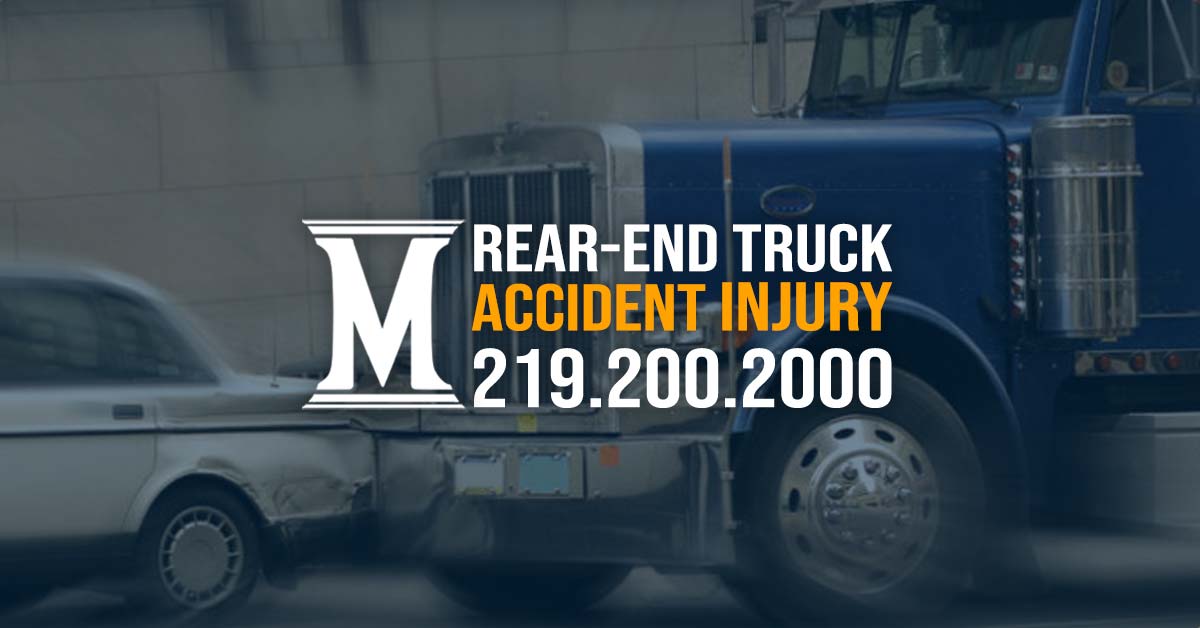 A dump truck that was full of gravel rear-ended the SUV. The initial impact of the collision jolted the SUV driver, whipping her around. Then the impact sent the SUV into the rear of the car in front of it. Thankfully, the SUV driver always wears a seat belt. Later, the truck driver told the police that the traffic in front of him stopped suddenly. He claimed he could not stop the truck before the collision. Was he speeding? Did something go wrong with the brakes? Was the truck not properly maintained? What were the road conditions that day? 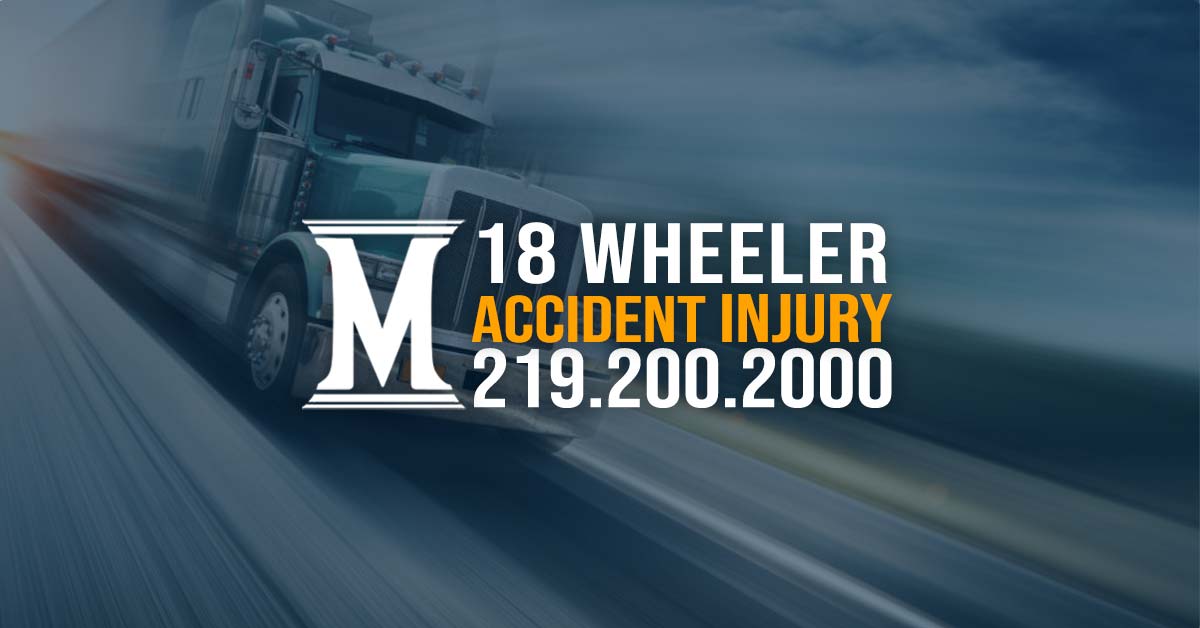 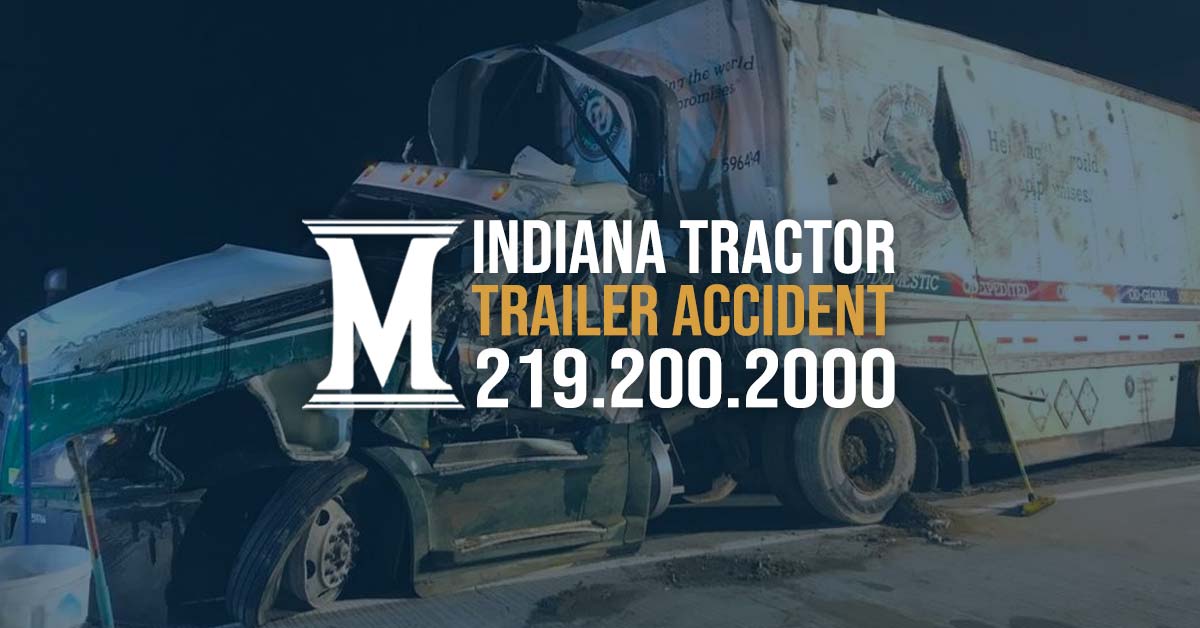 Although we’re fierce, passionate and determined, it takes far more than just that to win your case. At Alex Mendoza Law, LLC, our lawyers are always looking for ways to get an edge over the competition. When we’re not in the office working hard on your case, we’re attending the top plaintiff lawyer conferences in the country and studying the research by experts in the field to learn the psychology behind what motivates jurors to do right by plaintiffs. It means we go into every single personal injury case with a game-plan that works. Let’s discuss your case when you’re connected.

We don’t represent malingerers, fakers, or cry-babies. If we’ve taken your case, it’s because you’re injured and truly hurt, physically and emotionally. So, when you’ve been permanently injured because of someone else’s negligence, we’ll make them pay. Put simply, we won’t back down until we’ve gotten you a fair settlement or go to trial. Yes, our job is to get you money. But, it’s not only money. It’s about making them pay for what they’ve done. It’s about holding them accountable and upholding the laws that keep our community safe. That’s what justice is about. We’re passionate about what we do, and we’re good at it.

At Alex Mendoza Law, LLC, our lawyers are always looking for ways to get an edge over the competition. Whether in the office or in the courtroom, we are working hard on your case.