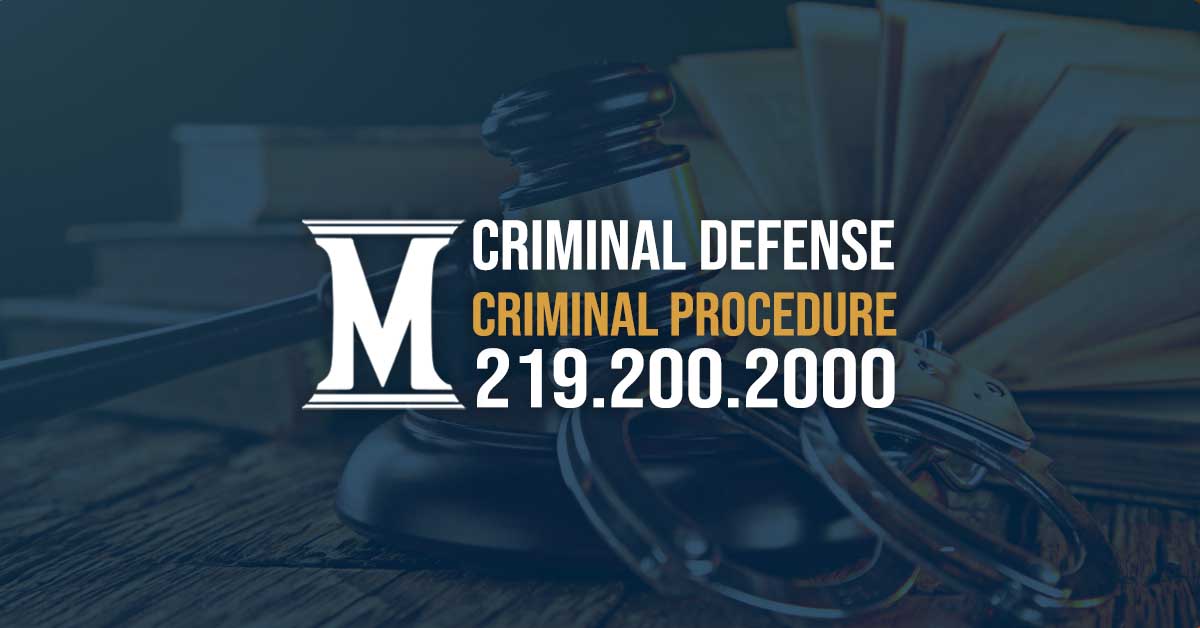 Also referred to as an arraignment, this hearing includes a reading of rights of and charges against the offender, determination of right to counsel and bail, the entry of a plea, and the setting of an omnibus date. The omnibus date is a vague timeline for the criminal proceedings. Occasionally, a determination of probable cause and a filing of formal charges may be done during the initial hearing, if not completed beforehand.

A person may be released pretrial on personal recognizance, which means that the person is at little to no risk of not showing up for court. This is a written promise to appear, which is not secured by anything other than the threat of prosecution.

During the initial hearing, a defendant will enter a plea. This is only an initial plea, and can be changed. If a defendant pleads either guilty or guilty but mentally ill at the time of the crime, they must be entering their plea voluntarily and based on fact. The defendant may make a motion to withdraw the plea at any time before the sentencing based on that plea.

Plea bargaining is not mandatory for either the defense or the prosecution. However, it is considered a very beneficial part of the judicial system. It can lessen jail time and/or court time, and shorten the overall process. Its main benefit is that it frees up judicial time to work on cases that are still pending. After a defendant and a prosecutor agree on a plea negotiation, it must be submitted to a judge. The judge has full discretion in accepting or rejecting the plea negotiation.

Discovery is the pretrial disclosure of information from the prosecution to the defendant. This allows the defendant an opportunity to form a defense, or to change his plea to guilty and avoid a trial. The prosecution is required to share all names of witnesses, witness statements, and depositions. They are also required to share evidence, DNA tests, and any other relevant materials.

2. Closing Arguments Closing arguments are made after the evidence has concluded, and the prosecutor again goes first, unless otherwise decided by the court. The prosecutor makes his case against the defendant, highlighting the main points of the case. The defendant then has the opportunity to respond to those points and make a case for his defense. In these closing arguments, attorneys are not allowed to discuss their personal beliefs, refer to any evidence that was not presented, or appeal to the jury based on emotions or prejudices. They should also refrain from verbally attacking the other attorney.

5. The Verdict After deliberation, the jury will return to the courtroom and hand over the verdict. The jury is then polled to ensure that every juror agrees with the verdict. If the court does not poll the jury, either the prosecutor or the defendant has a right to. A verdict may be corrected at any time until it is ordered filed by the court. Have you or someone you love been accused of a crime? Call criminal defense attorney Alex Mendoza to represent you today!

The jury is instructed on the laws relevant to the case in order to allow for the fairest verdict possible. They are also instructed to refrain from making a judgment until the case has concluded and they are in deliberation. They are permitted, however, to discuss the case amongst themselves during recesses.

Some juries are allowed to take notes during the trial, but that is dependent upon the specific trial court. Some courts even allow jurors to ask questions of witnesses, but they must be written down and approved beforehand. Jurors are not, however, allowed to ask the attorneys questions.

Jury pollution occurs when the jurors are discussing the case outside of court or being otherwise influenced by outside sources, such as news and media outlets. At the beginning and end of each trial day, jurors are instructed not to watch any news outlets or discuss the case with anyone. If jury pollution does occur, the court may try to reverse the damage or choose to declare a mistrial.

When it is time for deliberations, the jurors elect a foreman who will conduct the deliberations and speak on behalf of the jury. During deliberations, some materials and evidence relevant to the case may be brought into the jury room. The jury also has the right to request to rehear a testimony if there is dispute over it. However, the repetition must be in the presence of both the prosecutor and the defendant.

When the jury is unable to agree on a verdict, the court may either declare a mistrial or ask the jury to continue deliberations.

A mistrial can be ordered by the trial judge for any number of reasons. If a juror gets sick, if there is an emergency requiring discharge, or if the jury deliberates and it is clear that they cannot agree, a mistrial can be declared. The judge can declare a mistrial based on manifest necessity on behalf of the court or upon request from the prosecution. The defendant can request a mistrial in any of the above stated events, but also in the event of being placed in great peril. The defendant must then prove that he was placed in peril, however.

Have you or someone you love been accused of a crime? Call Alex Mendoza, an aggressive criminal defense attorney, to fight for your rights!